collection begins in the early twentieth century and traces the development of architecture's response to living in an industrialized world. The selection includes key works from the 1920s and 1930s, and goes on to explore the International Style they inspired. Later works are influenced by architectural debates about regional influences and responses to globalization. Every aspect of the Modernist house is explored: the concern for new materials and technology, the rejection of ornament and a predilection for plain surfaces and open-plan living. Here is the chance to compare the work of the world's best-known Modern architects, through their most significant houses. The Modernist House is an essential guide to this period of architectural history.
on juuni 11, 2011 Kommentaare ei ole:

Nancy Williams
Exploring the potential of paper in design and architecture
London : Phaidon, 2005


Paper is generally presumed to be the stock-in-trade of the graphic design profession. However, due to the diverse qualities of paper, and the constant desire of designers to push the boundaries of their profession, its potential is being explored more and more by all disciplines of design. More Paperwork follows on from Paperwork, which looked at the use of paper in graphic design, and reviews the amazing developments in its application across all areas of design in the last ten years, including product, furniture, fashion and architecture. The interactive features of the first book have also been extended in the second, to create a range of special effects designed to be completed by the reader. Through the selected work of leading designers around the world, from Amsterdam to Tokyo and New York to Zagreb, this book sets out to demonstrate how the astounding and diverse qualities of paper can be applied. From an inspirational church by Shigeru Ban and a humorous airmail dress by Hussein Chalayan, to an intricate range of packaging by Pentagram and the Honey Pop chair by Tokujin Yoshioka, More Paperwork shows that paper can be used to create functional, exciting and innovative designs. The book will also include items that are not necessarily chosen for the beauty of their design, but rather because they demonstrate some of the astounding things that paper is capable of: these items still display an intrinsic beauty that will be demonstrated with beautiful photographs.
Nancy Williams has worked for many high profile graphic design companies and was a founding partner of williams and phoa, a company noted particularly for its adventurous use of paper. After a sojourn from the industry, Nancy has returned to concentrate on book design. Author's residence: Wales, UK
on juuni 11, 2011 Kommentaare ei ole:

Deyan Sudjic
London : Phaidon, 2006
Future Systems is an architectural and design practice, established in 1979, who have surprised the architectural world with their daring forms and inventive design philosophy that merges modern ideas with natural shapes and technological innovations from other fields. After establishing themselves with creative projects and architectural competitions (2nd Place, International Competition, Bibliotheque de France, Paris, 1989) they soon obtained wider recognition with the Lord's Cricket Ground Media Centre (1994). They went on to gain other important commissions from fashion names like Comme des Garcons (1998) and Marni (1999) and today are celebrated for their new flagship store for Selfridges in Birmingham (2003) (featured on more than fifteen magazine covers). This book presents a selection of work from the last twenty-five years, some previously unpublished. It celebrates the finished accomplishments for which Future Systems are recognized today, as well as looking at more recent proposals and concepts that continue their forward-looking philosophy, such as the Maserati Museum, Modena (2004). Organized according to themes such as objects, houses, shopping and landmarks, this innovative format will also present well-known works in a new light, permitting a fresh appreciation of Future Systems' oeuvre today, at their highest point of public acclaim.
Deyan Sudjic was formerly editor of Blueprint and Domus magazines and director of 'Glasgow 1999: UK City of Architecture and Design' and the Venice Architectural Biennale 2002. Architecture critic for the Observer, he has written many books, including The 100 Mile City (1992), Ron Arad (2002), Blade of Light: The Story of London's Millennium Bridge (2002) and John Pawson Works, the latter published by Phaidon
on juuni 02, 2011 Kommentaare ei ole: 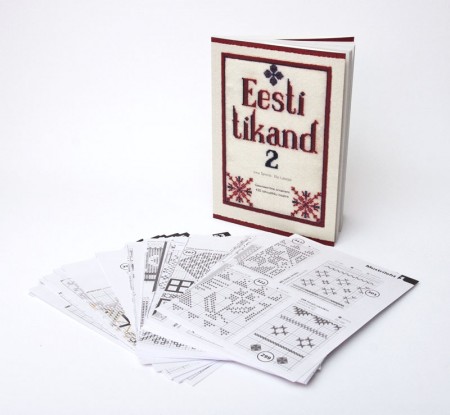 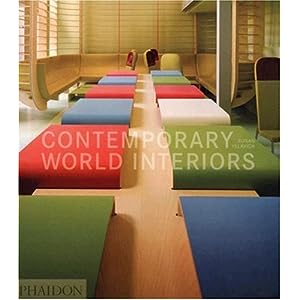 Susan Yelavich
London : Phaidon, 2007
Contemporary World Architecture, Contemporary World Interiors is a thorough survey of the current state of international interior design, presenting some 450 projects around the world completed within the past 25 years. Organized into 11 chapters by building type, the book goes far beyond the traditional emphasis on residences and commercial spaces to include religious interiors, performance halls and cultural centers, civic spaces, restaurants, and hospitals and therapeutic spaces, among others.
Rather than simply charting passing trends, author Susan Yelavich, a veteran New York-based curator and critic, describes projects by famous designers and promising newcomers alike, in countries as far-ranging as Russia, China, Israel, Chile, and South Korea, as well as more familiar locales in Europe, Japan, and North America. More than 1000 color photographs and plans illustrates the book, all reproduced at a generous format.
Within the chapters, readers will find familiar names and places, such as the Tate Modern in London by Herzog & de Meuron; the New German Parliament in Berlin, by Foster & Partners; and Moonsoon restaurant in Japan, by Zaha Hadid; as well as new discoveries, such as the Psychiatrist Hospital in Zeeland, the Netherlands, by the Dutch firm Mecanoo; the Korean Presbyterian Church in New York, by Greg Lynn; and the Joyce Department Store in Taipei, by the New York firm Tsao & McKown.
Susan Yelavich is a Visiting Assistant Professor in the Department of Art and Design Studies at Parsons The New School for Design in New York City, and a freelance writer and curator specializing in architecture and design. From 1994 to 2002, she was the Assistant Director for Public Programs at the Cooper-Hewitt, National Design Museum in New York, where she produced 50 exhibitions and 16 publications. Yelavich is the author of numerous articles and books, including Design for Life, Pentagram/Profile (Phaidon, 2004), and The Edge of the Millennium: An International Critique of Architecture, for which she was awarded a 1997 Federal Design Achievement award.
on juuni 02, 2011 2 kommentaari: